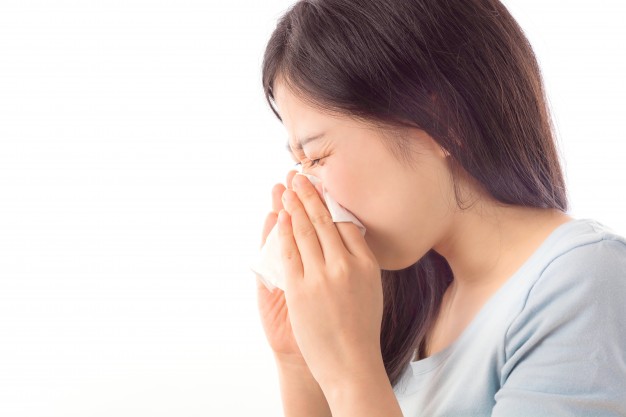 What is Allergic Rhinitis?

Allergic rhinitis refers to allergy-induced nasal inflammation. It occurs when allergens enter the nasal airway and adhere to the mucosa and induce inflammatory reactions. Allergic rhinitis, which occurs in some seasons (in the spring of the pollens), is also called seasonal rhinitis. Seasonal allergic rhinitis is also known as hay fever.

There is some kind of allergic rhinitis has an all-year course. This is called perenial rhinitis. Perenial rhinitis is usually caused by allergies such as animal hairs, various chemicals or household dusts that are present in the same environment throughout the year.

What are the causes of allergic rhinitis?

What are the symptoms of allergic rhinitis?

– Nasal discharge and nasal congestion
– Irritation and itching in the eyes
– Sneezing, coughing and sore throat
– Itching in throat, nose or upper palate
– Pain in the sinuses
– A bluish color in detention
– Reduction in smell and taste senses
– Scrubbing and scratching of the nose frequently in pediatric patients
– Fatigue, difficulty perceiving, sleep disturbance
– Sometimes these symptoms may be accompanied by wheezing, coughing and headaches.

This disease is more common in people with allergic susceptibility, often called atopic. Atopic individuals have more susceptibility to other allergic diseases (eczema, asthma, urticaria). The incidence of allergic rhinitis increases in individuals with a family history of allergic disease. It was rare to see this symptom before the age of 40 and the severity decreasing as the age progressed. However, the severity of the disease can be considerably reduced with the necessary measures and appropriate treatments.

How to Diagnose Allergic Rhinitis?

In the diagnosis of allergic rhinitis, physicians first consider the symptoms seen in the patient, the season in which these symptoms occur, what is encountered and how they occur. Although the results of the tests are negative, the physician may diagnose allergic rhinitis.

Patient’s nasal mucosa and other points are examined first in examination. Several diagnostic tests such as IgE antibody testing are available for definite diagnosis. Allergy tests, which are applied to the skin and called prick test, are one of the most commonly used methods. Runny, faded in the nose, increased secretion transparent, edema and growth can be seen in examination. When viewed from the mouth nasal discharge and pharyngitis may be seen.

How Is Allergic Rhinitis Treated?

It is not possible to treat this disease completely. Treatment is aimed at removing complaints. In the treatment, drugs called antihistamines are used to prevent the release of the disease causing allergies. These drugs are generally highly effective, especially when used before exposure to allergen. These drugs minimize symptoms such as itching, discharge and sneezing. Another option used in the treatment of the disease is cortisone-containing nasal sprays. However, all medicines should be given under the supervision of the physician considering the severity of the disease and the condition of the patient. Treatment of the disease should also include environmental control counseling.

For detailed information, leave a message and we’ll call you !